The generic name for the disease it causes is Ramorum disease. Since the mid 1990's, it has caused widespread death of millions of trees in forest environments in coastal California and Oregon in the USA.

The disease is known in the USA as 'sudden oak death' because different strains of the pathogen cause disease and mortality among North American native oak and tanoak species. However, the strains of P. ramorum found in Britain have had little effect on British native oak species. It is sometimes referred to in Britain as 'Larch tree disease' and 'Japanese larch disease' because larch trees are particularly susceptible, and large numbers have been affected.

The first UK finding was made on viburnum in February 2002 at a garden centre in Sussex. The first record of P. ramorum on a mature tree in the UK was on a 100-year-old Quercus falcata (southern red oak) in November 2003. 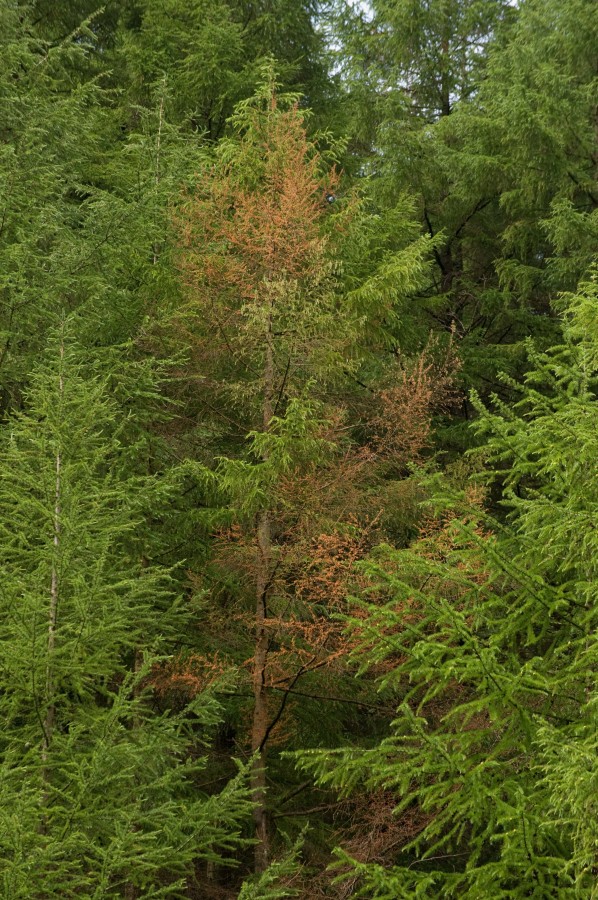 First found in October 2003 during the course of surveys for P. ramorum, the pathogen was isolated from a large bleeding canker on a mature beech and rhododendrons in the south-west of England. Since then it has been found mainly in south-west England sites and occasionally in Wales and Scotland.

The principal host of P. kernoviae is rhododendron, mainly R. ponticum, but vaccinium species could also be highly susceptible. P. kernoviae was confirmed on V. myrtillus (bilberry) on a heathland site in Cornwall  in December 2007. However, unlike P. ramorum, P. kernoviae appears to be much more virulent at some specific locations in Cornwall, and rhododendron plants can be heavily diseased or killed by it. 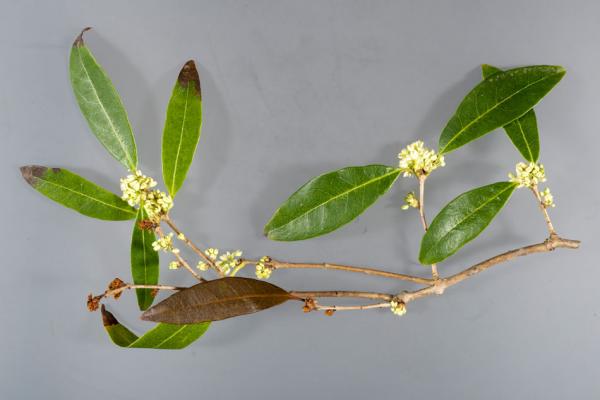